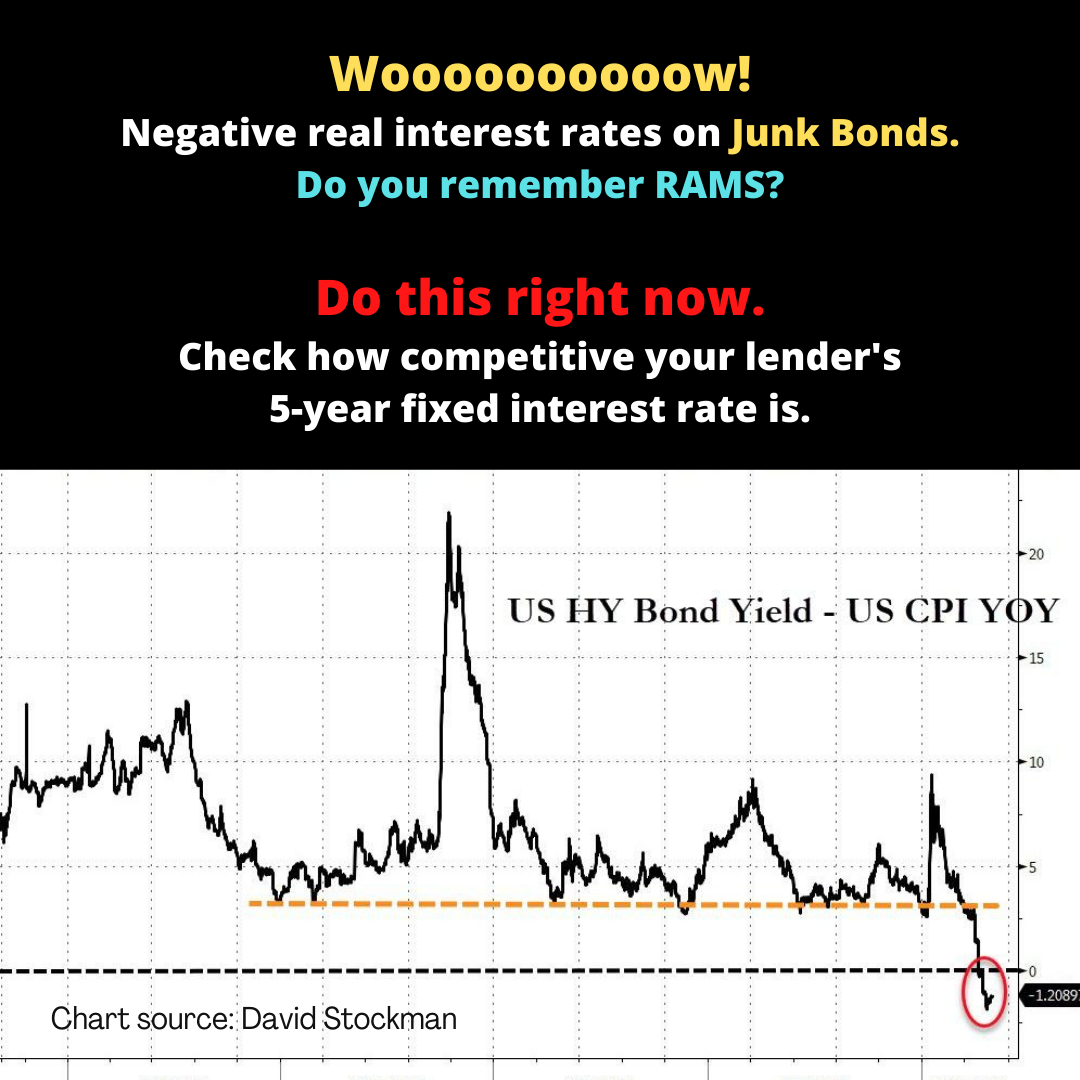 Interest rates are suppressed by central banks. Yield curve control is one of their tools. Another tool is buying vast amount of bonds on market and funding government deficits, and lately the FED has been taking over a trillion USD$ out of the market each day in reverse repos. Is this the first sign of interbank counterparty risk?

In a desperate search for yield, not only investors have ploughed into the bond, stock, and housing markets, but also in the junk bond market driving real yields negative.

The Great Financial Crisis unfolded in stages. Eventually, banks became extremely reluctant to lend to one another, to businesses and consumers, and despite repeated efforts by central banks to inject large amounts of cash into the banking system, the result was a liquidity crisis.

At the time non-bank mortgage lender RAMS also found itself in trouble. RAMS was heavily reliant on short-term funding (i.e., cheap as chips money) much of which it sourced from US investors who were no longer interested in purchasing asset-backed commercial paper. Unable to fund itself, RAMS became the first Australian corporate victim to the financial crisis. Others also came under pressure as global financial markets effectively shut down.

Similar, if not much, much worse, is happening today. You may consider it prudent to look beyond a headline home loan interest rate well below 2% and the few $1,000 dollars they throw in to get you to sign on the dotted line.

Take these cheap interest rates if you will but do this quick test first.

Have a look at the competitiveness of your lender’s 5-year fixed interest rate as a guide on how sustainable their variable and short-term (especially one year) interest rates may be if there is another liquidity crisis.

Why? Because 5-year fixed interest rates are less supressed by the Reserve Bank’s 3-year yield curve control, money printing, and gifting the banks free money for 3-years at just 0.10%.

Even better, in a financial crisis, make sure you can refinance in double quick time.