THE PLUNGE PROTECTION TEAM DID IT AGAIN! AND IF THEY FAIL TO REASSERT CONTROL YOUR HOME LOAN INTEREST RATE MAY INCREASE.

On Monday, 21 June 2021, Japan’s Plunge Protection Team (PPT) stepped in, as usual, to rescue markets as the Bank of Japan purchased on market approximately ¥70 billion (or AUD$840 million) of Exchange Traded Funds after the TOPIX dropped by a mere 2.5% in the morning trade.

The USA then paraded their PPT as FED presidents unleased their double-talk sending Wall Street higher erasing Friday’s 1.4% (cough) loss on the back of another FED president, Mr Bullard’s mutiny bombing Chairman Power’s dovish comments on Thursday and sending the markets lower.

During this time something ‘wonderful’ and ‘strange’ happened that you should not ignore.

The ‘wonderful’ is that the 3-year Commonwealth Government bond prices plunged by approximately 0.20% to about 0.50% (yield equivalent) in just 3 days (see chart below). Now just a minute, doesn’t the Reserve Bank have 3-year bond yield control measures of just 0.10% in place?

This will eventually be reflected in at least the home loan fixed interest rates soon if the Reserve Bank cannot reassert control of its 3-year bond control measures.

The ‘strange’ is that the yield curve flatten, led by the short end of the curve rising much, much faster than the longer end (10 years). This is clearly depicted in the two charts below, the first being today’s yield curve, whilst the second chart is from 30 October 2020, a few days before the Reserve Bank cut interest rates to 0.10%.

Note the market’s expectations today is for a steep increase in interest rates (blue line in the first chart on the next page; June 2021) from ‘relatively soon’ to about June 2024, compared to the same 3-year period from 30 October 2020.

This is not a good signal from the markets despite Central Banks, led by the Federal Reserve, being adamant that inflation (running at 5% on May 2021 in the USA) is transitory – but not have said why they stick to their transitory story – I guess they will blame it on oil selling for USD$73/barrel; that there is nothing to worry about their money printing operations and buying at least USD$80 billion in government bonds and at least USD$40 billion in mortgage back securities and will keep on supporting the supposing booming economy for as long as it takes!

In hindsight, the best opportunity to have considered fixing your home loan interest rate was, as we communicated back then, on 15 December 2020 and 28 February 2021.

But there are still opportunities presented each and every day to capitalise on. 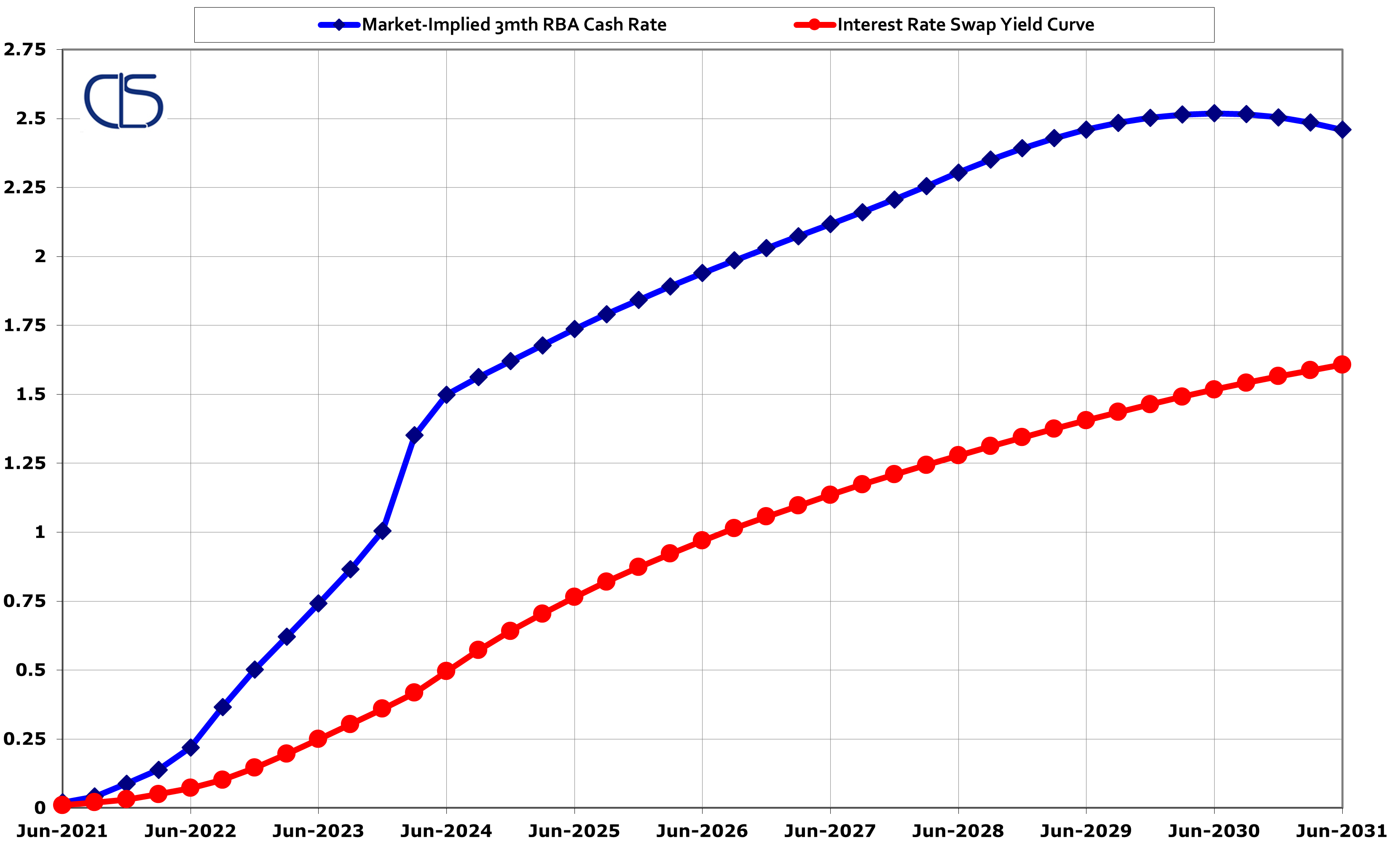 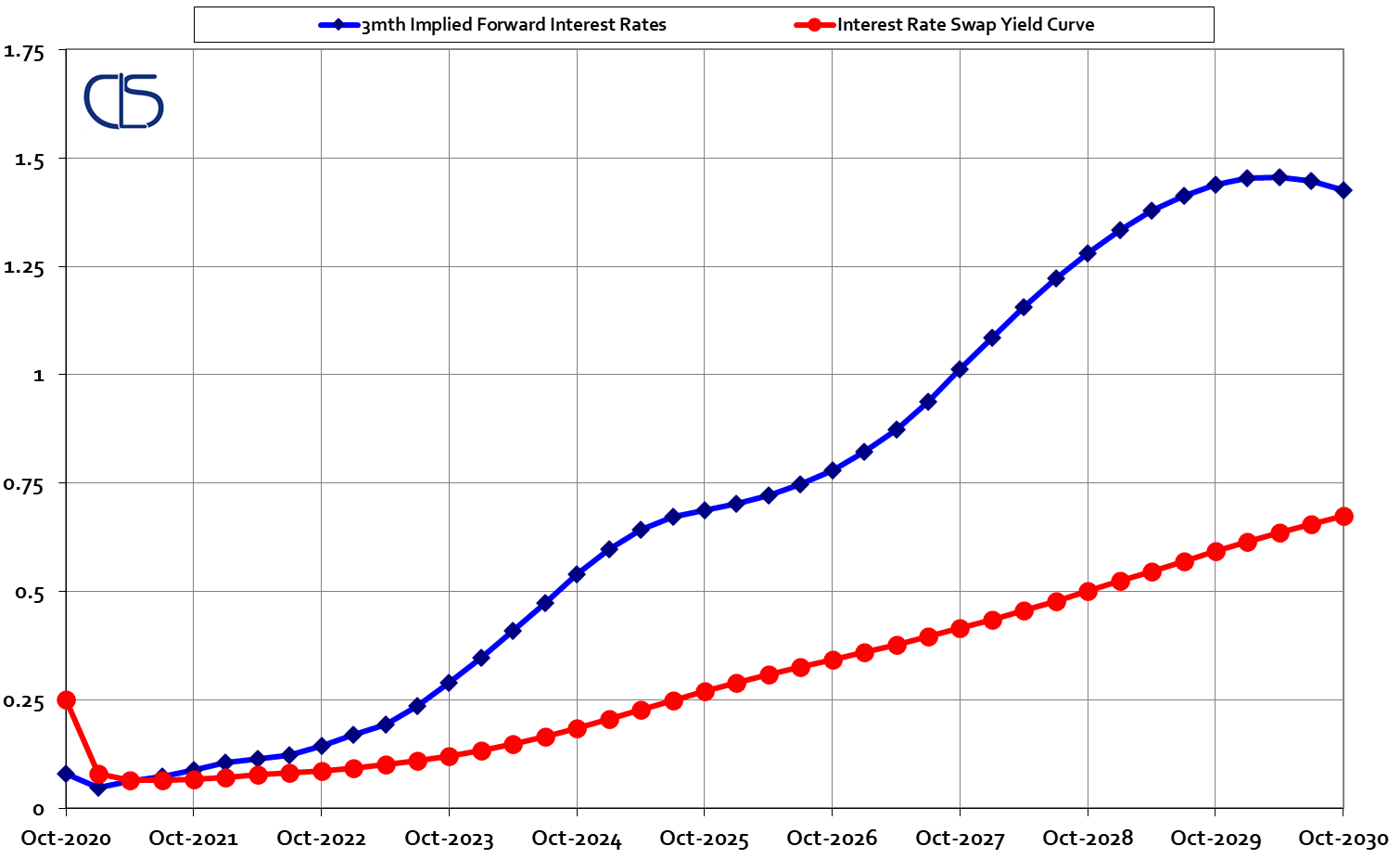